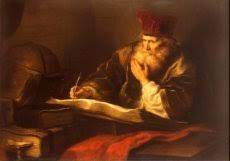 When I was a professor, one of the most unpleasant aspects of the job was all the bad writing. I don’t mean by people who couldn’t write. I mean by people who had been taught—through years of graduate school followed by years of publishing in academic journals—to write badly. The basic rules of academic writing are pretty much a guide to bad writing—never use one word when you can say it in ten, never use one syllable when there are four or five more to tack on, be sure your sentences run on and on, avoid paragraph breaks at all costs, turn your verbs into nouns whenever possible and your nouns into verbs, never write in active voice, always write in passive, and the less you have to say the better because all those pages of polysyllabic words strung together in passive voice will ultimately be distilled to one or two primary points that only half a dozen people will ever read.

That, my dear reader, is no way to write. And it sure isn’t any way to read. I once found myself reading a thesis by a bright young man, only to find that page after page, chapter after chapter, was utterly incomprehensible. I had been working with him for quite some time so I had a good understanding of what he was trying to say, but for the life of me I couldn’t read a single sentence without translating it into standard English. When we met to discuss his work, I asked him why in the world he was writing such nonsense.

“I thought that was how we’re supposed to write in academia,” he said.

“Not if you want anyone to read it,” I answered. I told him to take it home, give it to his wife who was a nurse with an undergraduate education, and not return until she understood what he was trying to say.

He did, and he returned with a much better thesis that was a delight to read.

Unfortunately, far too many academics don’t learn that lesson and year after year they hone their skills in bad writing in order to advance in their careers. Then one day, they come to me. They want to write something for the general public. Maybe it’s a best seller they know they have in them. Maybe it’s blog posts or magazine articles or a memoir or even fiction. They’ve got good minds, and impressive vocabularies. Yet they struggle to express their ideas because they’ve forgotten how to write.

Here’s how to unlearn all that bad writing that years of scholarship may have scarred you with.

You’ll discover that the road to happy writing is as long and twisting as the road to academic writing was. But if you’ve mastered writing for academics, there’s no reason you can’t master writing for people who will enjoy reading what you’ve written and hearing what you have to say. Just be prepared for someone, some ornery editor say, to throw it right back at you and scream, “It’s still too academic! Rewrite it!”

This download is packed with some of my favorite tips and tricks for helping you be a better writer.